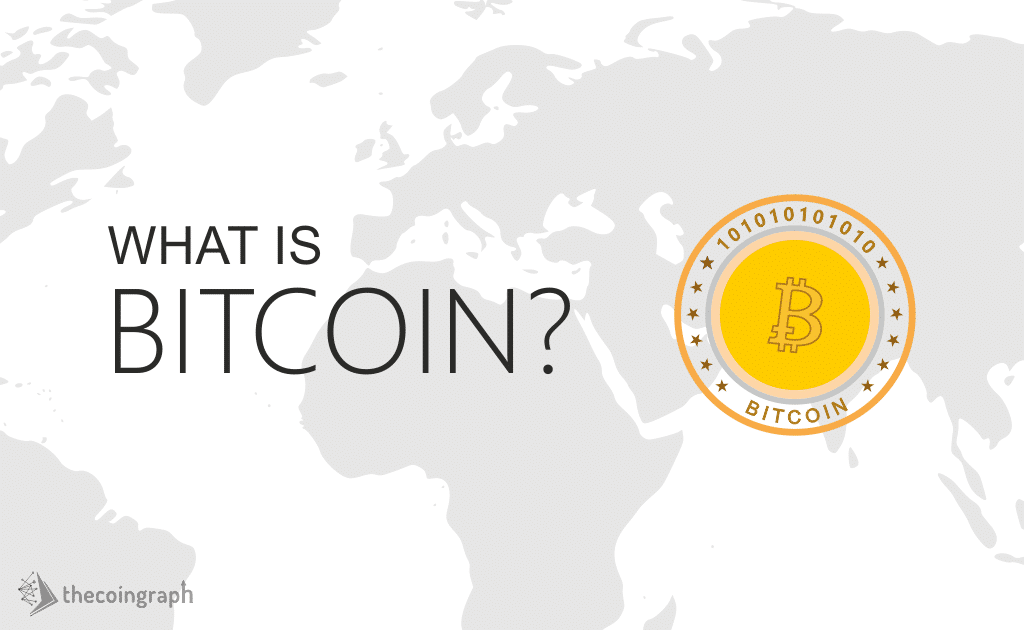 All You Need to Know About the Most Popular Cryptocurrency Bitcoin

Bitcoin (BTC) is popularly referred to as digital currency or a cryptocurrency which is based on a publicly distributed decentralized ledger called the Blockchain Technology. This means that there is no single institution or central authority that controls Bitcoin.

Who created Bitcoin and when?

Bitcoin was first created in 2009 by an anonymous identity famously known as Satoshi Nakamoto. The mystery behind the identity of Satoshi Nakamoto continues to persist and many believe it to be a group of developers working behind a single identity. Since then, there have been many rumours and theories floating about Satoshi’s identity but not one particular face or group has come out with substantial proof to claim this mysterious identity.

It is being said that Bitcoin was created as a response to the 2008 financial crisis that saw many banks collapsing on the Wall Street. The aim was clear, to not let a centralized power or institution have control over people’s money thereby giving them more freedom and authority.

In the original Bitcoin whitepaper, Bitcoin creator Nakamoto defines the cryptocurrency as “peer-to-peer version of electronic cash”, allowing “online payments to be sent directly from one party to another without going through a financial institution”.

The total number of Bitcoin is 21 million with Nakamoto holding around one million quantity.

How Does Bitcoin Work?

As said earlier, the Bitcoin network is a distributed public ledger known as “blockchain”. The Bitcoin network keeps a digital record of all transactions that take place within a network and are combined into what we call as “blocks”.

In the whitepaper, Nakamoto writes that Bitcoin uses: “cryptographic proof instead of trust, allowing any two willing parties to transact directly with each other without the need for a trusted third party”.

In any information is changed in one block of transactions, it will subsequently affect all the following blocks too. More important thing is the transactions within the blocks will be approved only if all participant of the Bitcoin network agree to it. This enhances the network security and prevents chances of fraud.

The validity of each transaction can be verified by user wallets and its authenticity can be protected using digital signatures which corresponds to the sending address. All the transaction records on the Bitcoin blockchain are powered by users who offer their computer power. These users are usually rewarded with newly created Bitcoin and this activity is referred to as Bitcoin mining.

There are a few Bitcoin wallets which priorities on opaqueness and security and helps a user to stay anonymous with their transactions. Another simple way is to use multiple addresses and make sure you do not transfer huge amount of money in a single wallet.

As all the transactions records are present on the blockchain, the recipient cannot scam you by saying that he/she has not received any amount. 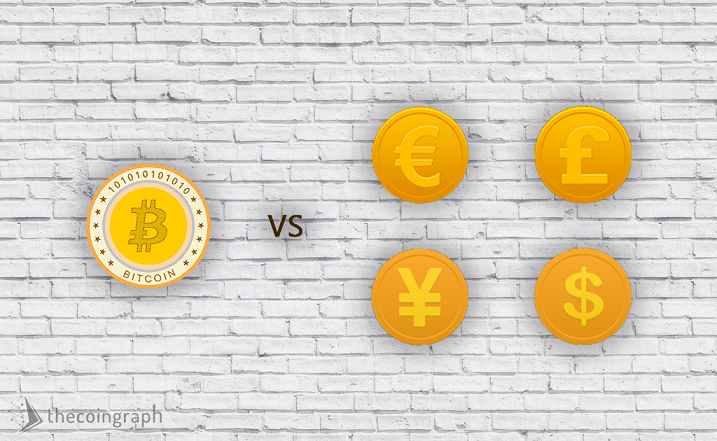 The traditional fiat currencies used in the world like Euro, Pound, USD, etc. are governed by a central authority or government bodies of the respective countries. This means they are centralized. Moreover, all the transactions done electronically will be processed through banks who will be charging heavy fees in return along with taking substantial time to process the transactions.This is not the case with Bitcoin as it is completely based on a decentralized which is operated by the communication and co-operations of the participants taking part in it. As the network is distributed across the globe, the transactions at any time will go through even if some part of the network goes offline.

The thing with fiat currencies is that they are more prone to duplicity and counterfeiting and the controlling authorities have to put a lot of resources to traces them.

On the other hand, Bitcoin’s blockchain network is completely safe and secured that can withstand any attempts of duplicity through several defense mechanisms that are built into every algorithm.

Traditional fiat currencies do have physical forms and can be damaged. This is not the case with Bitcoins

Transactions through traditional fiat currencies can be recalled just with the help of a phone call. This scenario is not possible with Bitcoin transactions and so if one makes a mistake and sends money to wrong address, it can’t be recalled.

While some fiat currencies like the dollar and euro have a worldwide acceptance, others have a limited acceptance within the country’s border only. Bitcoin is equivalent to ‘electronic cash’ and thus holds a global acceptability.

How to Buy Bitcoins?

One of the simplest and easiest ways to get Bitcoins is by simply buying them from other people through marketplaces or making them available from different exchanges. Bitcoins can be purchased in exchange for fiat currencies through cash, debit or credit cards, and also through exchanges of other digital currencies. However, to get Bitcoins deposited at your end, you need to have a Bitcoin wallet.

The other options are dedicated hardware wallets devices and papers with QR-codes that are not stored or connected digitally anywhere. This makes them immune to any online cyber threats or other common hardware failures.

One of the other ways to get Bitcoins through the ‘mining process. If you have the powerful computing hardware and the essential programming skills to solve computational algorithms and unlock more Bitcoins from the network, you can have them. However, note that with each Bitcoin mined, the complexity of the algorithm goes on increasing which in turn demands more powerful computational hardware as well as consumes a huge amount of electricity power. In short, the cost of mining increases exponentially.

Where to Use Bitcoins? 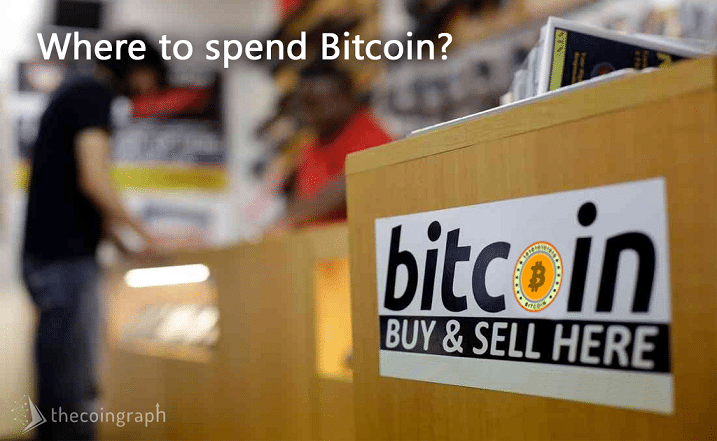 Initially, when created own 2009, it was not clear about where the Bitcoins could be used as it did not have a global popularity then. But with time, Bitcoin became more popular within retail as well as institutional investors and hence the global acceptability increased manifold times.

Big business corporations like Microsoft and Dell started accepting Bitcoin payments for its digital content and products. Bitcoin can thus be used as a means of payment across different industries in exchanges for its goods and services. Recently, Bitcoin has penetrated into the real-estate industry where payments are to be made in huge sums and amounts. The low transactions costs on the Bitcoin network makes it an ideal choice to transfer money in comparison to other banks which relatively have a greater amount of service fees.

For Bitcoin to be adopted as a currency of daily transactions, a lot of work still to be done in order to facilitate even faster transactions in order to compete with existing companies like Visa and Mastercard. Moreover, the extreme volatile behavior of Bitcoin makes it a less potential currency to be used on daily basis.

One of the major advantages of Bitcoin is its decentralized way of functioning that gives the investors the freedom to handle their own money without any sort of involvement from third-party institutions like banks. Moreover, Bitcoins legitimacy has emerged out significantly with its acceptance across different industries in exchange for goods and services.

Bitcoin offers better portability options over hard physical cash. Being a digital currency it can be easily stored on any online platform and practically can also be carried on a flash drive. Moreover, transferring cryptocurrencies across the globe to anyone is quite easy and fast. Users can send or receive money just by a few clicks or scan the QR-code on the paper. As Bitcoin transactions are peer-to-peer there are no intermediaries involved in exchanging hands without cutting any sort of outrageous fees.

The Bitcoin network lets you choose your own commission wherein the transaction fees are absolutely voluntary and they rather serve as an incentive to miners who make sure that the particular transaction shall be included in the new block that is generated. The incentive also works as an income source and mode of encouragement to the miners to mine more blocks in the Bitcoin network. The cryptocurrency market usually trades between waiting time and processing fees. Higher the fees, less is the waiting time and faster the transaction processing.

The Bitcoin network has no involvement like the one in the Payment Card Industry (PCI). The PCI comprises of credit, debit, e-purse, prepaid, POS cards, ATM and associated businesses. The PCI comprises of all organizations who store, process and transmit crucial cardholder data with strict security regulations in place.

Although your data is under strictly maintained digital security lockers it is still in the hands of a controlling authority and susceptible to be misused. The Bitcoin network doesn’t ask users to comply with PCI standards and thus allows the user to venture into new markets where credit cards are still not available and fraud rates are high. Thus the Bitcoin network provides users the opportunity to expand their market with low commissions and administrative expenses.

Bitcoin network offers a high level of security as users are able to control their transactions and no one can withdraw money from your account without knowing or agreeing to it. Bitcoin users can also protect their money with encryption and backup copies. On the other hand, the identity and personal information of a Bitcoin user will always be protected as it doesn’t need to be disclosed in order to make a payment.

Bitcoin network is completely transparent and neutral in a way that information regarding every single transaction is available to network participants that can be checked in real time. Moreover, the BTC protocol is completely encrypted and thus no individual or an organisation can control or manipulate it.

Bitcoin’s Blockchain network is completely robust and rejects any kind of counterfeiting of the BTC coins. In the digital world, one of the most popular ways of counterfeiting is to use the same money twice. This is called as ‘double spend’ and results in rejecting both the transactions claiming them to be fraudulent. The Bitcoin network prevents this with the help of robust consensus mechanism that is feed into all BTC algorithms.

Bitcoin’s acceptability is still limited and its legal status varies from country to country. Some countries have allowed the use and trade of BTC coins while some others have put a complete ban.

Moreover, Bitcoin and other cryptocurrencies have a lot of appeal among criminals as there is no central agency to monitor its use. This makes BTC as the most potent money tool for activities of money laundering, terror funding, etc.

The limitation of using the Bitcoin wallet is its key which is a unique alphanumeric password. Losing this key means losing all your BTC holdings. Although many recent wallets provide backup and restore mechanisms but the user obviously needs to set them up before using it.

Bitcoin’s extreme volatile behaviour doesn’t make it look like a currency which has a fixed value. Hence Bitcoin is certainly not suitable for daily transactions due to volatility. Moreover, the Bitcoin market and acceptability remains quite divided across the globe. Hence it can’t be considered as a global currency.